The residents at Oakdown create their own newsletter each month and they created an amazing Halloween edition. A few of the residents from the main house made up their own spooky story which we would like to share with you: 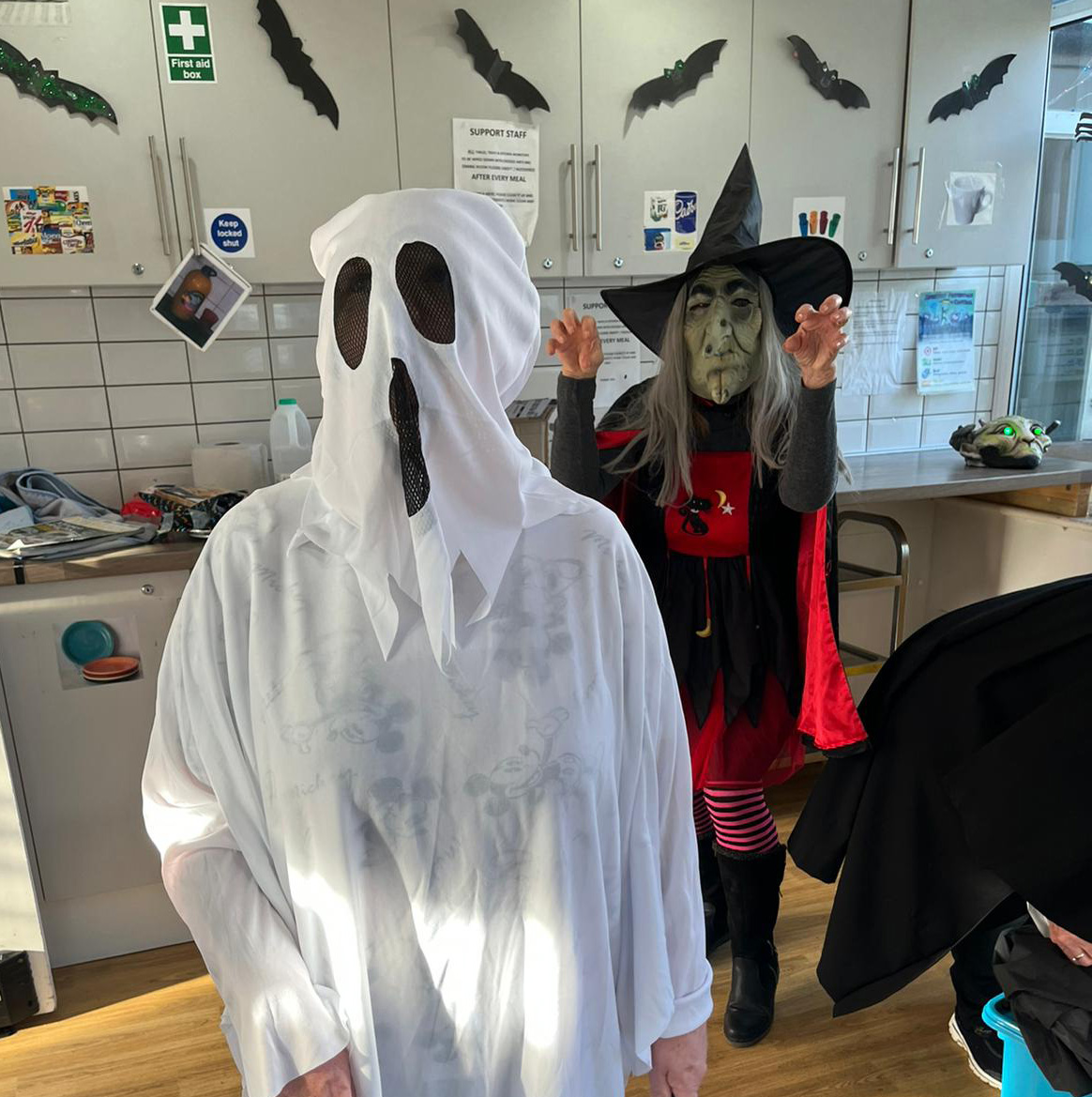 On a spooky Sunday morning, Ivan suddenly heard the door slam downstairs. Alan discovered the window banging and bats flying everywhere. Eric was having a jam sandwich with a can of coke from his tuck box, all of a sudden, he heard a bang, bang, sound coming from the fan. Ivan was a bit scared so decided to go back to his bungalow. Emma was very keen to find out wat was going on so went to the office and looked for Rob. Rob came out of the office with a torch and a phone, Emma watched Rob look everywhere but couldn’t find anything. Rob suggested ringing the ghost investigator.

An hour or so passed until Clementine arrived. Emma spotted she had a big white jacket, a polka dot pink dress, black boots and a humongous briefcase. Eric spotted her van from the window which was white with ‘CLEMENTINE THE GHOST INSPECTOR‘ in big green letters on the front, Eric though this was cool. Clementine walked straight to the lounge and spread out all of her tools from the briefcase. The lights were turned off so Clementine could start her investigations with a shining torch, with a flash of light a shadow appeared.

“Oh, I heard about her from the local newspaper as someone else spotted her”. Clementine said “Angel appears very near Halloween and that’s why she is making noises that you might not of heard before.” Rob reassured everyone that everything was ok and to start getting ready for bed.

Rachel came through with a pot of tea and cups to hand out before strictly come dancing came on the tv.